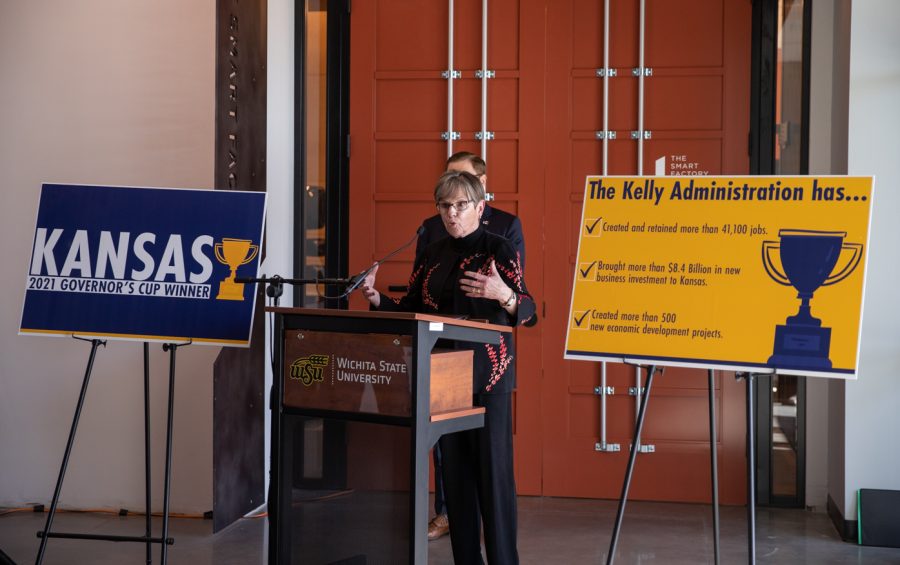 After revealing that Kansas had been named 2021 Governor's Cup Winner, Governor Laura Kelly continues to talk about the changes and developments her administration is responsible for.

Governor Laura Kelly announced Kansas as the winner of the 2021 Governor’s cup award at the Deloitte Smart Factory, presented by Site Selection Magazine.

Kansas was given this award for the most capital investments and most economic projects per capita. The state was ranked 20th for this award in 2019 and 10th in 2020.

Under Kelly’s administration, Kansas has had more economic opportunities than in the state’s history.

In 2021, the state created and retained 41,000 jobs, brought in more than $8.4 billion dollars, created 500 new economic development projects including roads, bridges and childcare and the state’s unemployment rate has been below 4 percent for over a year.

“Kansas has laser focused on growth and we’re working together to build for the future,” said Lieutenant Governor David Toland.

Kansas also ranked number one for Business Climate in the West North Central region, ranked 10th best state in the nation and was recognized by Site Selection Magazine for the 2021 Prosperity cup.

“Before I became governor, Kansas was making headlines for all the wrong reasons,” Kelly said.

“But in 2019, we made headlines again, this time some good news. CNBC named us the comeback state of the year.”

Along with its awards and recognition, Kansas was one of the top three states to report higher employment rates since the start of the pandemic.