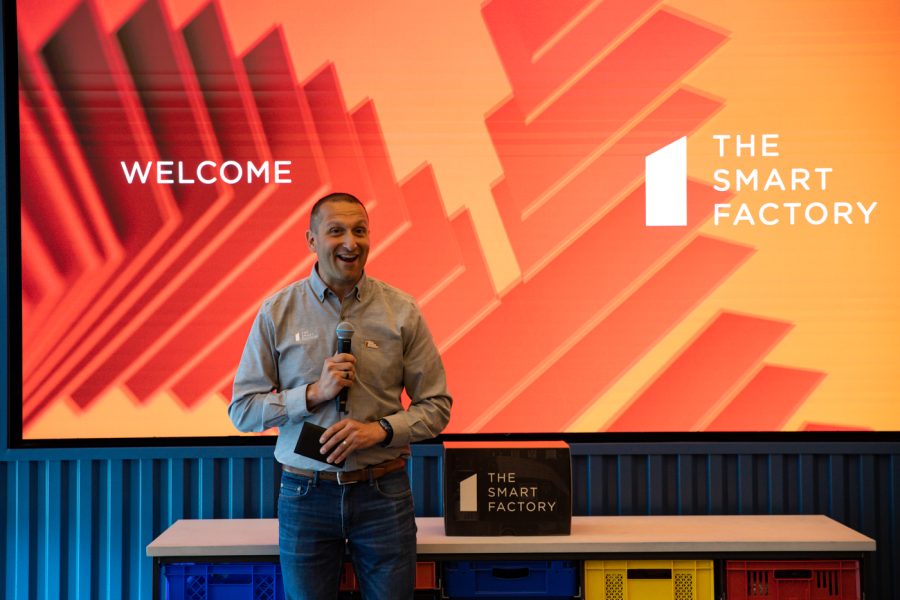 Several entities are credited with founding The Smart Factory, including WSU, Amazon Web Services, Dragos, Infor, SAP and Siemens. In addition, over a dozen entities can be credited with helping to build and participate in the factory.

The factory was built with the intention of modernizing design and engineering in a digital way. It has a manufacturing production line that combines technologies like artificial intelligence, machine learning, big data, cloud and edge applications, robotics, vision solutions and others. In addition, according to Deloitte’s press release, the factory has zero net impact, making it completely sustainable.

“There is a deficit in STEM that is incredibly important to this country’s future and we want to make sure we can help close it,” Chairman and CEO of Deloitte Consulting Dan Helfrich said.

Chief Innovation Officer at Deloitte Consulting Nishita Henry said she was passionate about making sure there is equal representation in STEM during the development of new technologies.

“I graduated as an engineering student in the late 90s, when [women] were about 20-25 percent of representation,” Henry said. “Unfortunately, that percentage has not changed much in the last 25 years, so it’s clear we have to do things differently if we want different results.”

Henry said providing hands-on experience to students in the form of applied learning was something Deloitte and WSU were excited to do.

In addition to working and planning to work with students at WSU, The Smart Factory plans to manufacture and donate Smart Rover STEM education kits that will impact 800,000 middle school-age students, according to Deloitte’s press release.

“We started production (of rovers) in January of 2022, so . . . we ramped up production,” Laaper said. “To date, we have manufactured and donated 250 kits. Those kits were destined for middle school systems in Wichita, Philadelphia and Detroit areas.”

The Smart Factory on campus is one of the few worldwide that are open, with others being in places like Germany and Japan. When asked what made Wichita the place to open up the factory, Helfrich said why not Wichita State.

“Wichita has a deep heritage of innovation,” Helfrich said. “Wichita has a commitment in its roots to manufacturing, and Wichita State University has an administration that is committed to innovation in a way that we haven’t seen in other universities around the country. … Then there’s tremendous student talent that we’ve gotten to know.”