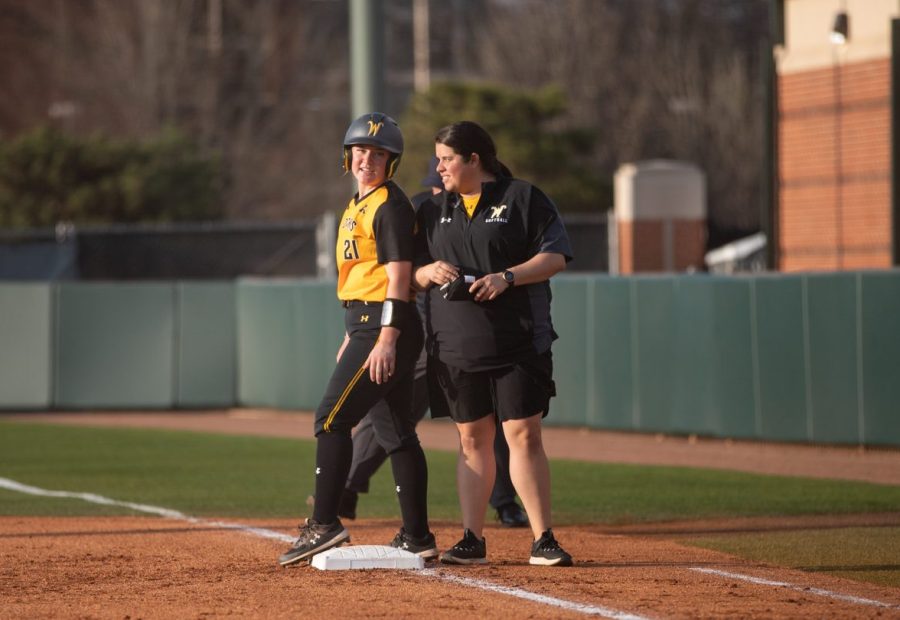 After making it to first base, freshman Krystin Nelson talks to volunteer assistant coach Mary Stephens inside the OU Softball Complex on March 29.

Before her arrival at WSU, spent one season at Sam Houston and three seasons at Texas Tech – one season as a graduate manager where she earned her master’s degree.

Stephens earned her bachelor’s degree at Missouri State in 2017. She competed for the Bears as their first basemen. She appeared in 207 games with the Bears and was named NFCA National Player of the week as well as All-Missouri Valley Conference second team and MVC All-Tournament.

Each off-season, for nearly 10 years, Stephens has helped coach at Texas Glory for the 16u Naudin team.

“My glory fam will always be held high in my heart,” Stephens said via social media. “So much love for a program that has done so much for me.”