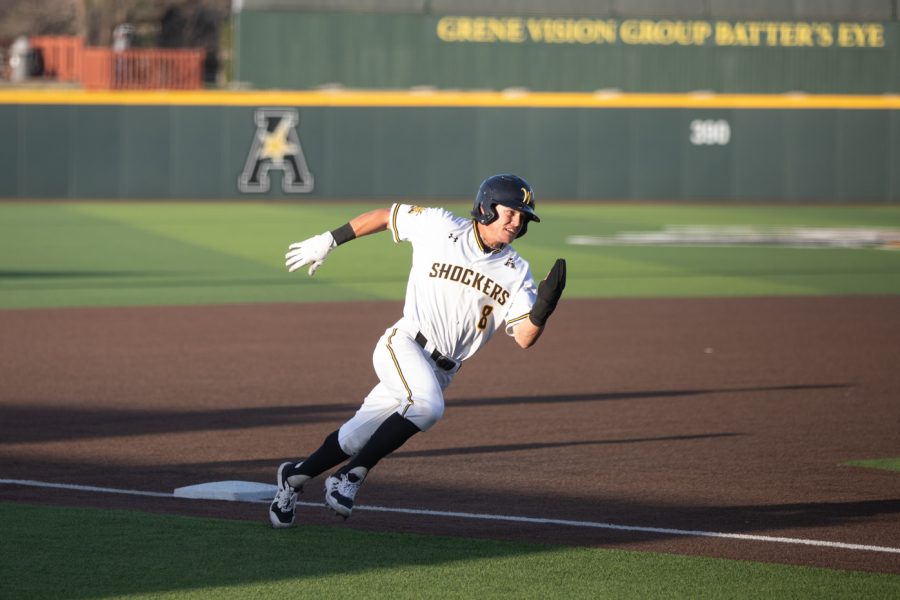 Sophomore Brock Rodden runs from third base to home plate against the Cincinnati Bearcats on April 15, 2022.

The results are in — the Oakland Athletics selected former Shocker Brock Rodden as their tenth round 304th pick in the 2022 Major League Baseball Draft, according to The Sporting News. Rodden became the first Shocker to be selected in the draft on Monday afternoon.

Rodden is the second player to be drafted under head coach Eric Wedge and the 18th player from Wichita State.

The Oktaha, Oklahoma native spent one season with the Shockers. He was named First Team American Athletic Conference, AAC Newcomer Position Player of the Year and was named Second Team All-Midwest Region.

He led the Shockers in batting average (.338), on-base percentage (.441) and slugging percentage (.653). Rodden started in 48 games at second base and six at shortstop.

Before his transition to Division-I baseball, Rodden attended the junior college Seminole State, hitting a .353 average or higher in both seasons. He compiled 16 home runs across 72 games.

Although the former sophomore is now a member of the MLB, he is eligible to return to college.