TBT kicks off with a 33-point contest 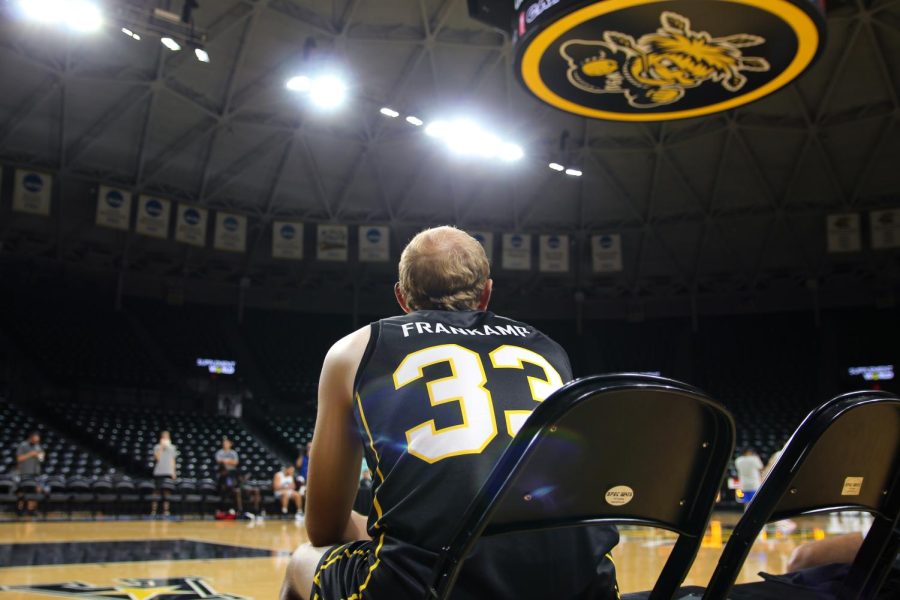 To commence the beginning of the $1 million The Basketball Tournament Wichita Regional, a 33-point contest was held Thursday evening.

Each of the eight teams from the Wichita Regional selected one player to shoot three-pointers until they reached 33 points in total. The winner of this contest determined what team would progress to the finals in Dayton, Ohio.

Conner Frankamp (2015-2018) represented the AfterShocks during the contest, wearing the number from his collegiate years: 33.

Frankamp is the returning champion of the 2021 33-point contest – after tying with The Enchantment’s Anthony Mathis last year.

“It’s exciting to be back,” Frankamp said. “Obviously, last year was a fun year for everybody involved. The fans were great and our team had a blast. Hopefully, we’ll do that same thing this year and move to Dayton.”

Frankamp competed first against We Are D3’s Eric Demers. In a close head-to-head matchup, Demers snagged the lead and won  33-24, eliminating Frankamp.

“It was fun,” Frankamp said. “I threw against a really good shooter, so I can’t complain too much.”

Demers won his second round against B1 Ballers’ Charles Marr-Quad 33-24 and finished the final round against Eberlein Drive’s AJ Slaughter in a nail-biting 33-27.

Thanks to Demers, We Are D3 will progress to the finals in Dayton, Ohio.

The AfterShocks open the first round of the TBT Tournament Friday night against the No. 8 seed We Are D3 at 7 p.m. in Koch Arena.

“A big goal is to play well and come out early and don’t get behind early,” Frankamp said. “Anyone can beat anybody.”

Tickets are still available for purchase at goshockers.com/tickets.