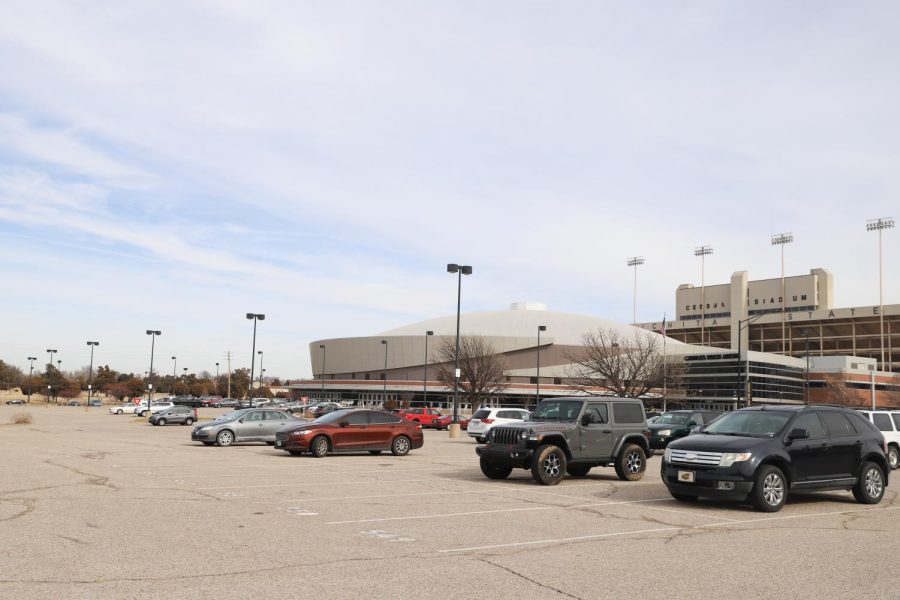 The Charles Koch Arena parking lot on Jan. 17, 2022. The parking lot is typically filled up on gamedays.

Rohling led the team with 49 combined kills on a .330 hitting percentage at the Rumble in the Rockies tournament last weekend. She also averaged 3.50 kills per set.

On the defensive end, Rohling set a career-high with eight block assists in a win against Iowa State on Aug. 27.

The name, image and likeness collective group announced the formation of SHOX on Twitter on Aug. 29.

SHOX will work to unite student-athletes with local charities and nonprofits to bring awareness to their missions and volunteer efforts.

According to Armchair Strategies, athletes will be compensated for their time, personal appearances and promotions of programs and events in support of the charities and nonprofits.

The right handed pitcher is a junior at Hesston High School in Kansas. Rhodes is 6 feet tall and 2 inches and weighs 215 lbs. He plays travel ball for Mac N Seitz.