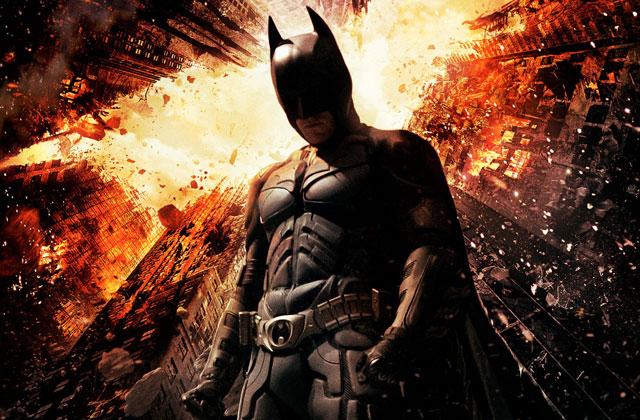 Seven years ago, director Christopher Nolan revitalized the DC Comics character Batman into a highly praised film series, cited as a prime example of the comic book movie genre. Last week saw the release of the final film in this trilogy titled “The Dark Knight Rises,” which despite its faults, proved to be a widely entertaining film.

Picking up eight years after “The Dark Knight,” Bruce Wayne (Christian Bale) is called out of seclusion and into action as the caped crusader when a terrorist named Bane (Tom Hardy) carries out a plan that cuts Gotham City off from the outside world, leaving it in a chaotic state.

It’s a battle Batman cannot fight alone, so he is aided by a cat burglar named Selina Kyle (Anne Hathaway) and an honest cop named John Blake (Joseph Gordon-Levitt) in order to reclaim the city and restore order.

Bale once again proves himself worthy to wear the cape and cowl. The series recurring cast members — Michael Caine, Gary Oldman and Morgan Freeman — all deliver solid performances in which their characters serve the plot in Batman’s battle against Bane.

Hardy brings much menace and intimidating demeanor with his imposing physique, reminiscent of Darth Vader from the Star Wars trilogy. Unlike Vader, the character suffers from inaudibility from the breathing mask he wears throughout the film. The use of subtitles on the eventual home video release will be put to good use during his scenes.

Hathaway’s performance exhibits what happens when actors usually cast in good-natured roles play villains. It is much like Liberace and Zsa Zsa Gabor’s guest star roles as villains on the 1960s Batman television show: not that convincing.

Levitt steals the show, delivering a solid performance. His character has a quality of determination in fighting crime that Bruce Wayne recognizes as his own.

The unfortunate cast member lacking believability in their role is Marion Cotillard as Miranda Tate, Wayne’s romantic interest that has connections to his past. A stronger actress would have been preferred for this part that has a big twist in the story.

Nolan’s approach to the Batman mythos is more realistic than his predecessors. The previous film in the series was widely praised for not having the Joker carry out a ridiculous plot that involved spreading a deadly vapor throughout the city, like many comic-based films.

“The Dark Knight Rises” does have one of those plots that involve a fusion bomb that will destroy the city if anyone attempts to enter or exit. It didn’t have to be used, but it allowed more weight and stakes to be given to the hero if he fails.

Even though the film doesn’t predominantly feature the character of Batman, it allows for his presence to be better appreciated when he appears on screen.

While there are plenty of issues with the film, it doesn’t fail to deliver some high quality action, including a new vehicle for Batman to fly about in above the city and an exciting opening sequence involving an airplane hijacking that is worth the price to it in IMAX.

Fans of the Batman character may not be totally pleased with this being the final film in the series and how it has a neatly and controversially wrapped-up ending, but it provides enough action and mostly solid performances for it to please movie-goers during this competitive blockbuster-filled summer.