‘Abraham Lincoln: Vampire Hunter’ – Not quite based on a true story 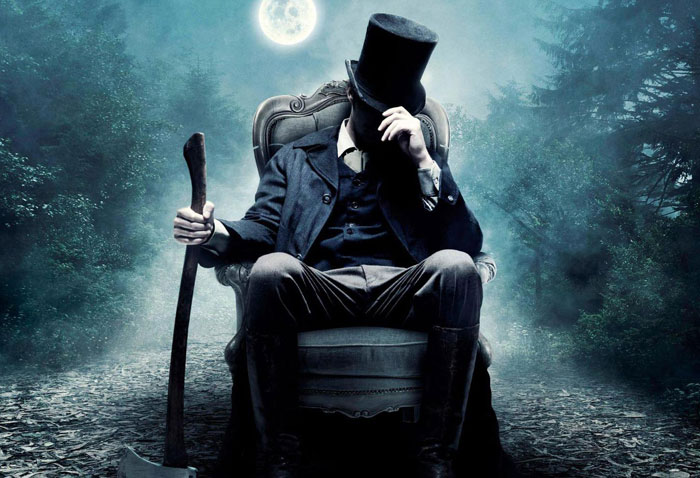 Benjamin Walker plays Abraham Lincoln in a film with, of all things, vampires.

When I’m not hanging around the offices of The Sunflower bothering the serious reporters, I’m a history major here at Wichita State. So I can speak from a position of authority when I tell you that “Abraham Lincoln: Vampire Hunter” is not based on a true story.

I care deeply about accuracy in everything I write, so I went and asked a serious-looking person hanging around Fiske Hall near the History Department. He had a beard and was wearing glasses, so he probably knew what he was talking about.

“No. Abraham Lincoln did not fight vampires,” he said. “Do you know where I can find the visitor’s center?”

The film holds closely to the standard vampire movie conventions: a person with a significant motivation to kill vampires gains a vampire-killing mentor and kills vampires in a “chain-of-command” fashion, working his way up to an ultimate showdown with the alpha vampire. The fact that it’s Abraham Lincoln seems to matter little, if at all.

I went to this movie expecting eye-rolling catchphrases (“In four score and seven minutes, you’re going down!”), ridiculous plot twists (What? Stephen Douglas was a vampire?) and a few cute nods to history. What it gave me was watered down catchphrases (“Oh, Abe, you’re so honest.”), yawn-inducing plot twists (Oh, look, his friend betrayed him … oh, wait, no he didn’t …) and ridiculous nods to history (The Confederate army has entire regiments of vampires).

If you’re going to make a movie, or write a book, called “Abraham Lincoln: Vampire Hunter,” you have entered into an implicit contract with your audience for a certain type of tone. The recent film bearing this title violates that implicit contract.

The cinematography, acting and writing are all polished and competent, and in a film like this, that is a detriment. Played over the top, this could have been a fun and silly movie. They chose to play it straight, and it comes off as “Underworld: The Civil War Edition – Featuring Lincoln and Friends.”

History buffs won’t make it through the first five minutes, in which Lincoln’s presidential valet, William Johnson, is introduced as a childhood friend of Lincoln’s. People looking for a silly, over-the-top laugh-fest, a la “Sean of the Dead,” are going to be disappointed with the film’s straight portrayal. Finally, people looking for an action-adventure are going to get restless during the endless historical exposition.

If your curiosity is killing you and you just have to see Abraham Lincoln rail-splitting vampires, I strongly recommend that you wait for the film to hit Netflix. Otherwise, know that it’s exactly what you’re imagining, only failing to live up to your imagination.