Linnabary: Twenty One Pilots soar, but dude, where’s my guitar? 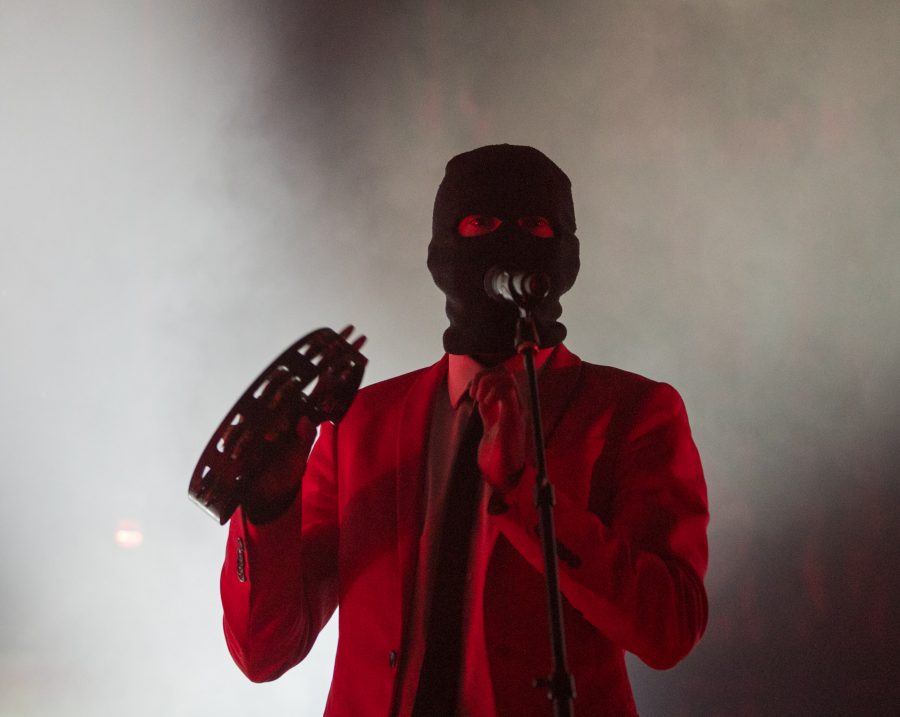 Twenty One Pilots lead singer Tyler Joseph plays tambourine and sings during the first song of the night in Intrust Bank Arena. The band and other opening acts stopped in Wichita for the Emotional Roadshow tour. (Feb. 3, 2017)

Twenty One Pilots’ chart-topping “Blurryface” LP is an album about alienation, a beacon of hope for estranged youth that says, “Hey, you’re not the only one.”

It’s fitting, then, that togetherness was the theme of Friday’s explosive, sold-out show at Intrust Bank Arena.

Togetherness was apparent from the moment early in the set when singer Tyler Joseph disappeared and, moments later, reappeared in the nosebleeds desperately belting “you make the fire in my soul” during “Hometown” — those seated high definitely got their money’s worth.

It was apparent during the chants and waves started by the duo, and in the video feed of red-faced and sweaty fans bellowing every word together. It was apparent when Joseph, standing on the crowd’s hands, slipped, only to be caught and repositioned by the crowd as he gently assured “you are surrounding all my surroundings” during “Holding on to You.”

It was apparent during piano cut “Addict with a Pen” as the crowd gently waved their iPhone flashlights in unison, the millennial equivalent of a “Freebird” lighter salute.

And it was solidified when the band declared, “We are Twenty One Pilots, and so are you,” at the end of their set.

That was shortly after Joseph scurried over the crowd in a giant hamster ball.

It makes sense, despite the isolation pervading the lyrics. “Blurryface,” their most recent album, debuted at No. 1 on the Billboard album chart when it released in March 2015, and is chock full of upbeat, catchy cuts; it’s a mishmash of modern pop radio that’s bound to make anyone sing along, its pop sheen masking the somewhat-heavy lyrical themes.

The concert started dark, opening with throbs of bass punctuated with red light. The duo took the stage in ski masks, mic dangled down to the stage like a noose in front of a red and black backdrop. With his mask and trim red suit jacket, Joseph looked like the Slender Man’s doppelgänger as he pleaded, “Can you save my soul?” during opener “Heavydirtysoul.”

Things lightened quickly — Joseph was rocking white Liam Gallagher sunglasses within 15 minutes of the show’s start. Deep red light turned to bright purple, then soft yellow, and so on, illuminating the stage and venue throughout the night; smoke sprayed the crowd and filled the stage; songs’ final notes were punctuated with explosions.

The only thing missing? A guitar solo — hell, even just a riff or two. I mean, come on, there were two drum solos.

I guess the lack of guitar, what was once the unequivocal symbol of cool in music, is a reflection of the current state of pop music and the instrument’s fall from grace, but I digress.

During their hour-and-45-minute set, Twenty One Pilots found time to be rap gods, theatre kids (from skeletons to hazmat suits, you can’t count the outfits on one hand), pop stars and synth-sequencers— everything but guitar heroes.

Maybe I feel a little alienated. 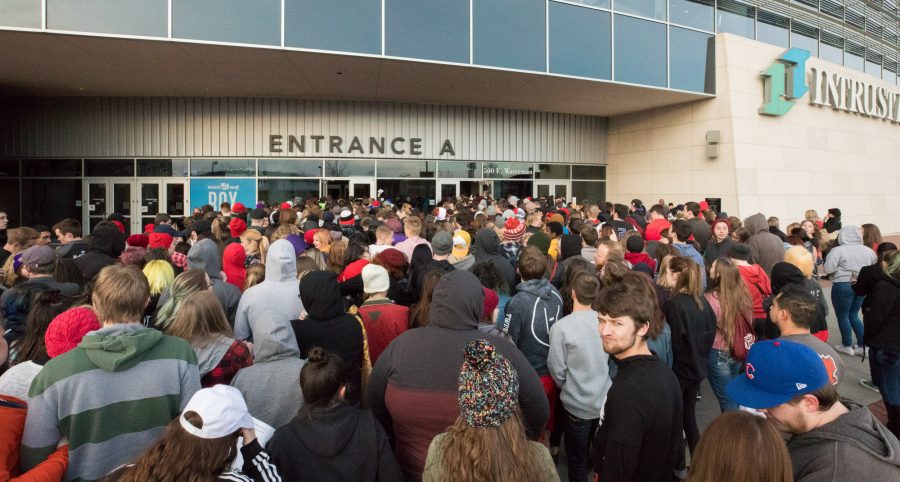