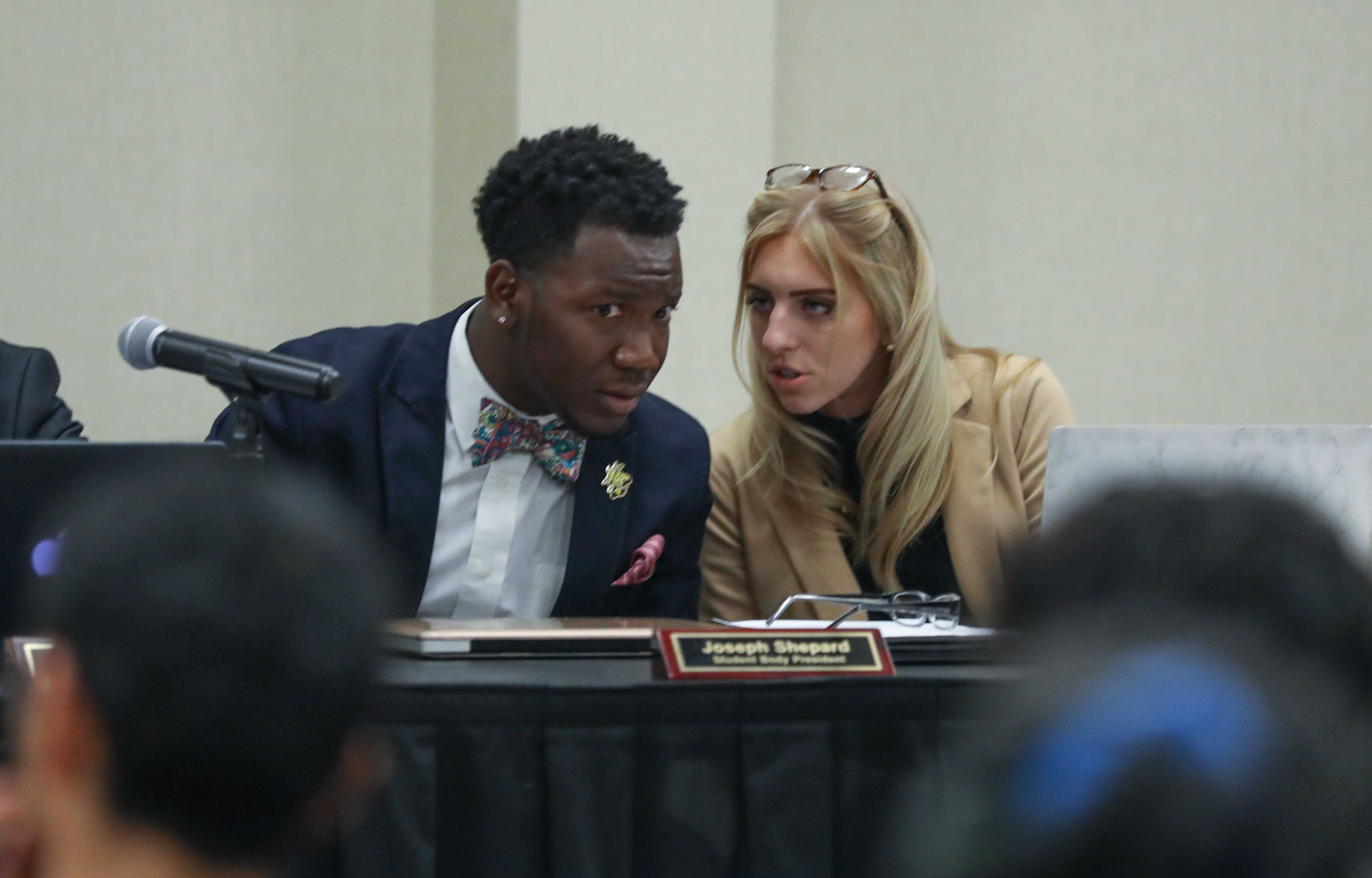 Pflugradt: Administration feuds continue to riddle the legacy of SGA

Student Government Association is a game.

Feuds are at an all-time high between the Wichita State administration and the Student Government Association. I’m not sure when things took a turn for the worst, but things haven’t been right for a while — a long while.

Students have the right to question university leaders. You, as students, elect student leaders to be your voice, present that to the administration and speak up for what should be in the best interest of the students.

Little input from student leaders were requested ahead of time when Wichita State administration wanted to fund part of a proposed YMCA facility with student fees. When it came down to the big reveal, the administration sent Vice President for Research and Tech-Transfer John Tomblin for a PowerPoint asking for their support — just a formality. Point being, if SGA voted down, which they did, it wouldn’t do anything to change the administration’s plans. The real decision-making was done behind closed doors.

Student Body President Joseph Shepard has long said he and the administration are not on good terms. In October, Shepard and other SGA leaders went above the university’s head, reaching out to Kansas Board of Regents President Blake Flanders. In hopes to reach an interested ear, they persisted that students, faculty and staff were living in a “culture of fear” where they were “afraid to speak up” out of fear of retaliation from President John Bardo. Concerns of outside influence on university decisions threatening the academic freedom and a lack of coordination with student government fed their case.

“It is evident to us, as students, that anyone who speaks out against President Bardo will be let go from their position, or their position will be dissolved for reasons unknown,” Shepard wrote to Flanders.

Provost Tony Vizzini responded on behalf of a silent administration.

Transparency is the new slang-term to coin President Bardo’s fast motives. And with the recent and mysterious leave of both the Dean of Students and Director of Campus Recreation, the call for transparency is justified.

At this point, however, transparency is only a soft vision of something so distant in reality.

When things are going well, student leaders “work together as trusted partners” with administration, Vizzini said in a statement to The Sunflower. But the relationship between the two hasn’t been settled for a long time.

There’s no working relationship that’s helped replenish the tattered transparency between the two student organizations. In the most recent senate meeting, a group of four students interrupted to call for a vote of no confidence and the resignation of President Bardo. Ultimately, at the end of hours of hesitation, a vote of 20-4-7 agreed on a resolution to read that President Bardo “is no longer competent to lead.”

SGA declared a formal distrust — it was gone well before that heated Wednesday night. The formality didn’t really matter. None of this did.

What can they possibly expect President Bardo to do to react to this? Nothing.

Let’s get Drew Carey to run this show. After all, everything is made up and the points don’t matter.

24 Responses to “Pflugradt: Administration feuds continue to riddle the legacy of SGA”