SGA elections begin Monday and end Wednesday. Two tickets, each led by a senator — Paige Hungate and Tracia Banuelos — are running. The winner will be the first female student body president in a decade. 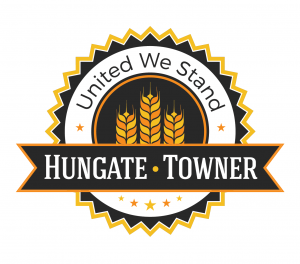 “The community here is the greatest part, and I wanted to spend my collegiate career working to enhance Wichita however I could.”

“I wanted a university who prides itself on being different, and is always trying to better itself in its student life, campus and the community around it.”

Hungate described the relationship between student government and administration in one word: bad. Hungate said if elected her first move would be a potluck with the administration and newly elected senate. “That’s where it all starts,” Hungate said. “If we can’t all talk with each other and know we’re all human beings at the end of the day, that’s where things end and that’s why there’s so much tension.”

Towner summed up how he feels about the relationship with a favorite quote: “How can you hate me when you don’t even know me?” Towner said. Towner said he will be respectful and professional with the administration right off the gun. “If we still don’t see stuff changing, then we can go from there.”

United We Stand has multiple opinions on a proposed campus YMCA. Hungate voted yes on the proposal. She said the drop off daycare and health and wellness facility were the deciding factors on her vote. “These are necessary things people have been asking for for a long time,” Hungate said. Towner said students would better know what decision to make if there wasn’t so much conflicting information. Hungate agreed: “Education is so important.”

Hungate and Towner said Innovation Campus is great. They said it sets WSU apart from many other institutions and may help enrollment woes. “I always tell people my favorite part of WSU is the fact that we are in a city that is a city without the university,” Hungate said. “We have industry opportunities unlike every other university.

“I think it’s awesome we’re going to bring more real-world experience to campus, especially when the value of a college education is going down and people are looking for more experience and a degree. Innovation Campus really ties the two together and sets us apart.”

Hungate said education on the funding is important to help students understand the developments, citing the fact that most Innovation Campus buildings are paid for by the developers.

“We need to get the facts before we make speculation,” Hungate said. “However, with HR, it is really hard to figure out exactly what happened. I know a lot people think that’s just a way for HR to cover their butts, but that’s just the policy. If I was an administrator and I was to resign, I wouldn’t want people talking about why I left.”

“It is odd,” Hungate said. “I’d also say the Eric Maki ad didn’t help things, and it was paid for by student government. I do understand many students think it’s sketchy, but that just sets a bad precedent, thinking the administration is always doing something wrong.”

Hungate said the student fees proposal, which allocates $10 million to various organizations and individuals on campus, is the biggest thing SGA does. The final decision is Bardo’s, Hungate said, but he usually signs the proposal. “That (budget) is so important,” Hungate said. Hungate said she wants to cut part of student government’s internal funding — including executive salaries — and move it to individual and organizational funding.

“We want to make sure students feel safe entrusting their student  dollars with us, and we’re allocating them to the most necessary organizations.”

Hungate said college-specific course fees are something to take a hard look at.

“I could be sitting in English 101 and Breck could be in my class too and I’d be paying $150 more solely for the fact that I’m a declared engineering major,” Hungate said. “That’s encouraged a lot of people to not declare engineering until their sophomore year when they absolutely have to. That’s not good because people are forgoing scholarship opportunities and other great things.”

Hungate wants to make the fees uniform across all colleges, making sure it’s just college-specific classes that have an additional fee.

“It’s bad,” Hungate said. “Like Breck said, how can you hate me if you don’t know me?

Nobody in senate knows a lot of the people they disagree with.

“We act like the only thing that matters is how we vote in SGA when in actuality we’re here as Shockers and we need to be united as that. We don’t need to be divided on if we’re a yes or a no.”

Towner said if elected, their first meeting will be with Banuelos and Oshakuade to get the other side’s perspective.

“I’ve implemented this strategy of conversation in my other organizations and found it to be incredibly helpful. Once you know somebody and what’s going on in their life, from there, working together is much easier.”

Hungate said conversations about higher-ed with the Kansas Board of Regents is the first step in addressing hiring freezes on campus. She also said the current tenure policy is an issue in hiring.

“Teaching is the most important thing a professor can do,” Hungate said. “If we have bad professors who know no matter what they do they can’t get fired, that’s an issue.”

Hungate said currently it’s too expensive to get food for events on campus.

She said she heard the new provider — replacing Sodexo, whose contract ends in July —  is more open to allowing students to bring food on campus. She said the change is a good thing.

“When students are working dime to dime, we don’t want them to have to pay additional money to eat.”

“More education is the most important thing,” Hungate said. “Right now, the law is going into effect in July. We need to educate students on that and get them more training, pull in the campus police and utilize their knowledge on those topics.”

She said if that happens, she will have conversations to be more certain of where students are at.

As the policy is now, she said, the best thing to do is to stay informed.

Hungate said it’s less of an issue of enrollment and more of an issue with retention. She said the main thing to do is make sure students feel valued in their organizations and have good, passionate professors students can relate to.

Towner said he’d like to see more initiatives like in-state tuition for Texas and Oklahoma to stimulate enrollment.

Hungate and Towner agreed that for the average student, The Flats are overpriced.

“Again, it’s about educating students about who sets those prices,” Hungate said. “It’s not the administration — it’s the industry and the company who made them.”

Towner said as a business student he thinks about The Flats’ target market.

“Things that come to mind would be juniors and seniors who have good internships here in Wichita, because you’d need those well-paying internships to afford a place like that,” Towner said. “I also see younger people working at the university who want to live on campus.”

“I know administration wants to move forward, but right now there is so much tension,” Hungate said. “That’s a bad place to work at. I think the Interfaith Prayer Space is awesome. Letting all students of all different faiths practice there is so important.”

Hungate and Towner said their ticket encompasses many different types of people, and is diverse in more than just ethnicity — they have graduate students and returning adults students as well to “get the full perspective,” Towner said.

Hungate said there needs to be more focus on what’s going to better students’ lives.

She said many resolutions in SGA are politicized.

“Realizing what our scope is, realizing the administration can’t take action on some of these things — we want to actually see change happen,” Hungate said.

Hungate said most students don’t realize all the health and wellness options — such as free testing and cheap teeth cleaning — available for them.

Hungate said she wants to partner with the different organizations that offer these services to help spread the word. She said SGA currently has committees to address various student health and wellness concerns, but she said the committees don’t know everything about the issues like the organizations do.