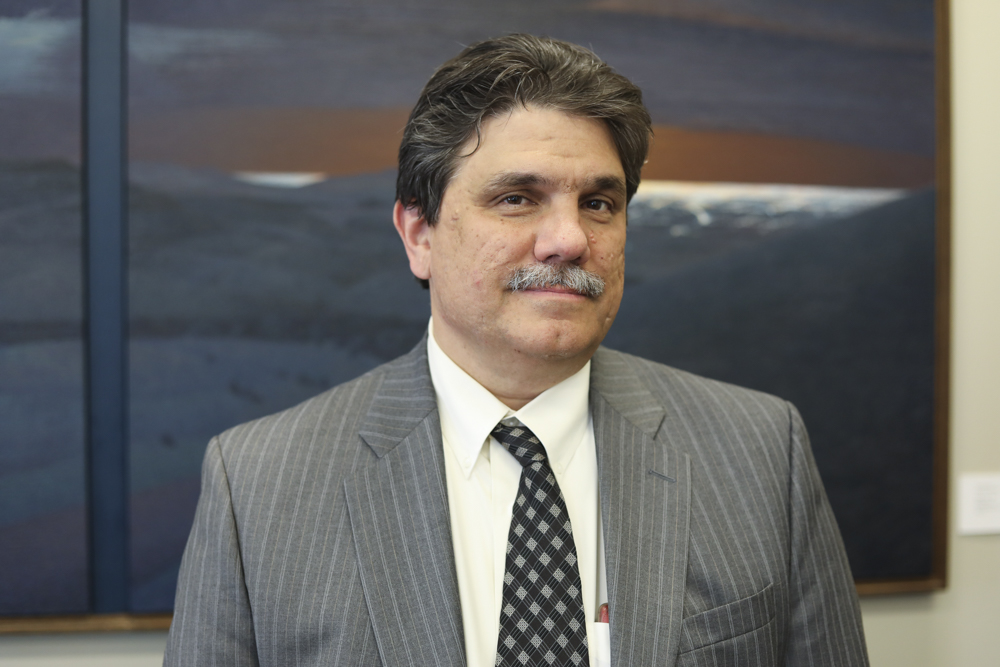 Former Provost and Senior Vice President Tony Vizzini in his office in fall 2017. This year Vizzini is being paid $243,288 to teach aerospace engineering. (Matt Crow)

Wichita State’s provost will continue to receive $297,353 salary while on leave “to focus on his professional goals”

WHAT DOES THE PROVOST DO?

Wichita State does not have a specific policy that provides for Provost and Senior Vice President Tony Vizzini’s paid leave this spring “to focus on his professional goals,” but a university spokesperson said President John Bardo has the authority to grant leave if it is “in the best interest of the university.”

Vizzini will continue to receive his $297,353 salary this semester while on leave but will not be involved in the daily operations of the university.

The Sunflower reported in November, near the end of the fall semester, that Vizzini had been named a finalist in a chancellor search at another university.  Before the start of spring classes, Bardo released a written statement to the Wichita State community announcing Senior Associate Vice President for Academic Affairs and Strategic Enrollment Management Rick Muma would replace Vizzini and serve as interim provost until a national search is conducted to fill the position.

“Tony (Vizzini) will be available to wrap up some matters and advise us, but he will not be involved in daily operations,” Bardo said in the announcement.

“Vizzini is in his fifth year as chief academic officer, which is a normal career point to consider new positions,” Bardo said in that same statement.

But publicly available lists of candidates for positions at other universities show that Vizzini has been job hunting since last spring while being involved in the daily operations of the university.

Vizzini has not responded to attempts to reach him for comment since November, when The Sunflower reported that he was a finalist for the chancellor position at Washington State Tri-Cities.

The Kansas Board of Regents, the governing board for state-funded universities, has a policy allowing leave with pay, but Vizzini’s situation does not fit the policy, which allows leave with pay “in order to fulfill jury duty, National Guard duty, or other civic obligations.”

When asked if it was appropriate that Vizzini was still receiving his salary while on leave to focus on his own professional goals, the board of regents spokesperson Matt Keith said, “The Board is not involved with personnel decisions at the university level, with the exception of CEOs.”

Vizzini was hired as vice president of academic affairs at Wichita State in 2013. In 2014, he was promoted to provost and senior vice president. Last year he served briefly as acting vice president for student affairs, along with his other responsibilities as provost.

In Bardo’s written statement, he called Vizzini “a wonderful colleague” and said he has “treasured his leadership, critical thinking, enthusiasm and entrepreneurial spirit.”

“He can take a great deal of pride in the people and programs he has brought to WSU and how he has helped WSU to reach new levels of excellence since his arrival in 2013,” Bardo said.

3 Responses to “Wichita State’s provost will continue to receive $297,353 salary while on leave “to focus on his professional goals””